We are a group of Syrian and Arab youth who, after the great sacrifices the Syrian people made during the second decade of the twenty-first century, decided to provide the Syrian people and their friends around the world with a tool that enables them to tie information together and weave knowledge to explore what connects the political, economic, social, security, and military actors in Syria in a step toward building a more just and healthy society.
Observatory of Political and Economic Networks

Fadel Abdul Ghany
Board of Directors 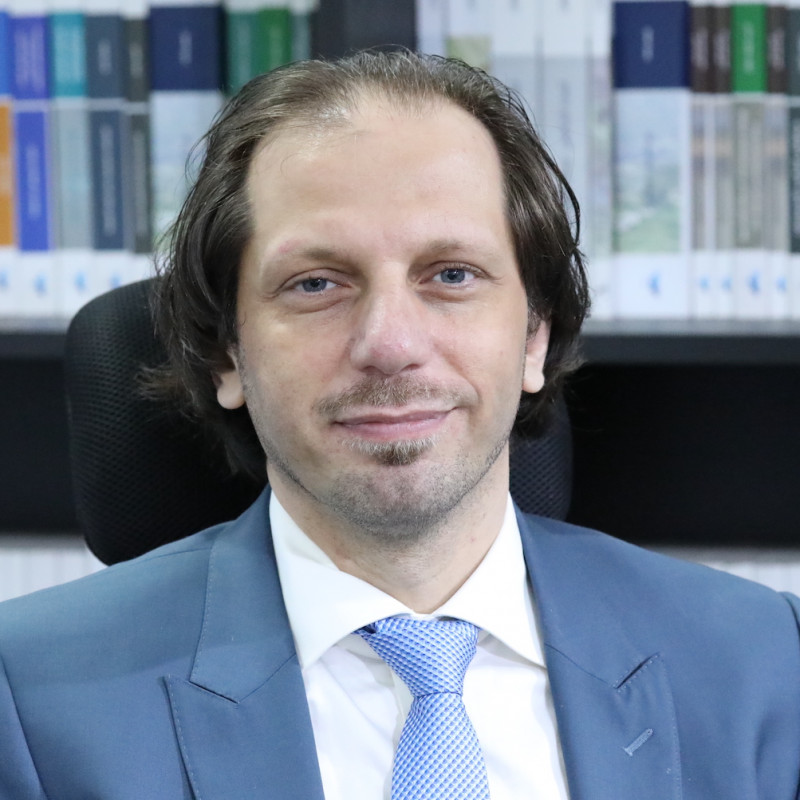 Founder and Head of the Syrian Network for Human Rights (SNHR). He has advocated for human rights in Syria over the past ten years by writing hundreds of reports and investigations and speaking at many international events relating to human rights and Syria. He holds a master's degree in International Law (LLM) from De Montfort University in the UK, and a Bachelor's in Civil Engineering from Damascus University.

Lubna Alkanawati
Board of Directors 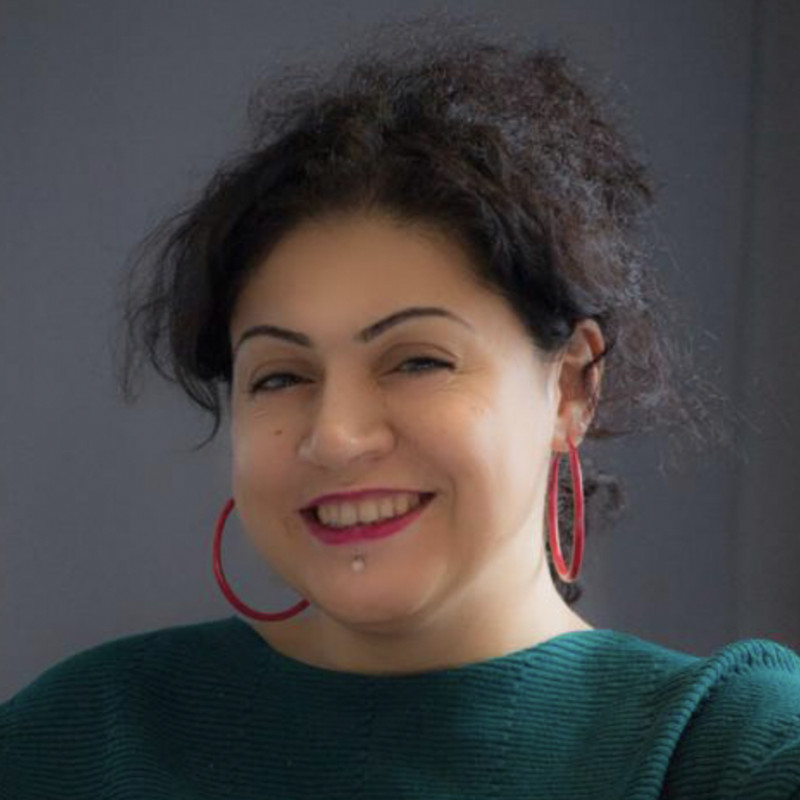 A Syrian women's rights activist and the national director for Women Now for Development. She holds a diploma in Nonviolence and Human Rights. Lubna joined demonstrations against Syria's regime from its early days and also led several efforts to secure humanitarian aid into besieged areas.

Yassin Swehat
Board of Directors 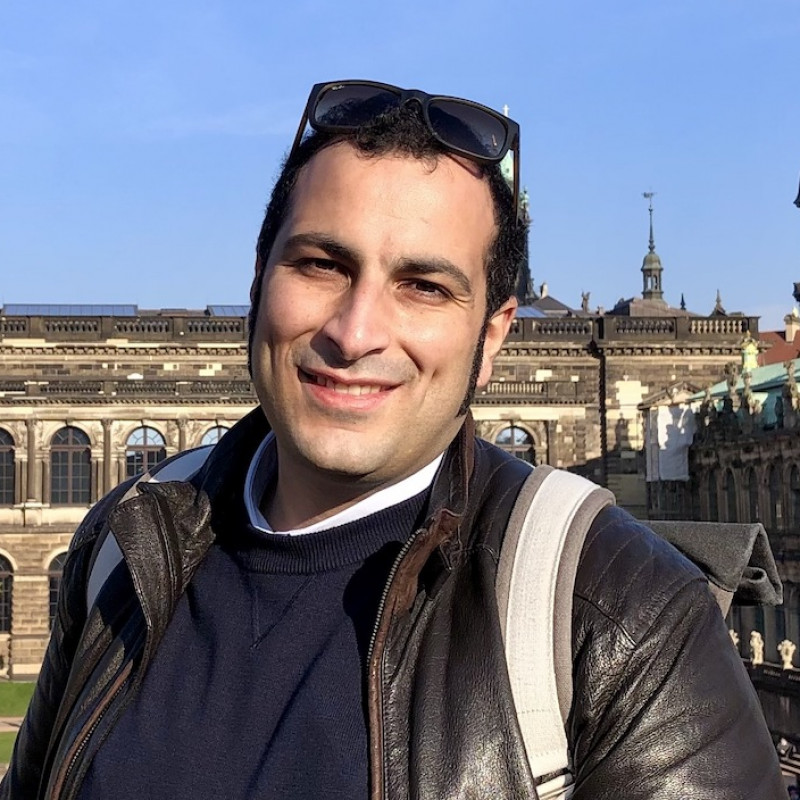 A Syrian-Spanish blogger and reporter. He is the co-founder of Al-Jumhuriya Group and editor-in-chief at the Aljumhuriya.net website.

Observatory of Political and Economic Networks 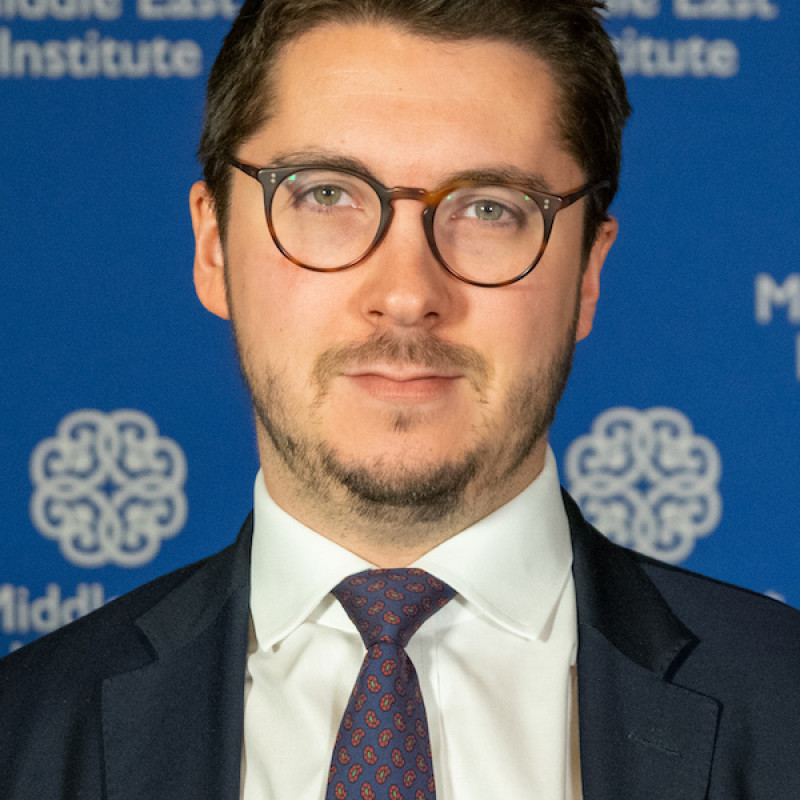 Senior Fellow and Director of the “Syria” and “Countering Terrorism & Extremism” programs at the Middle East Institute. His work focuses primarily on Syria and on issues of terrorism and insurgency across the Levant. Charles was a Visiting Fellow at The Brookings Institution and a Senior Consultant to the Syria Track II Dialogue Initiative, in which he engaged with the leaders of over 100 Syrian armed opposition groups. 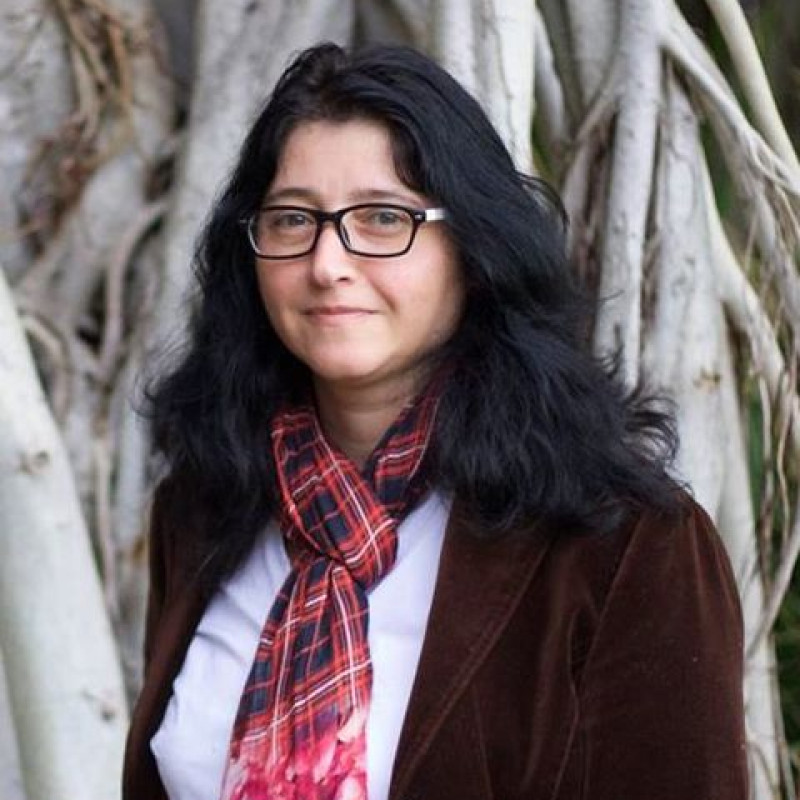 Author, writer, human rights activist, and feminist. Rima fled Syria in 2011 because of her active role in the peace movement. From 2012 to 2013, she was the spokesperson for the Local Coordination Committees of Syria. She was a member of the delegation to the Geneva Conference on Syria for peace negotiation. She is the founder and executive director of the Syrian Feminist Lobby. She has been based in Australia since 2014. 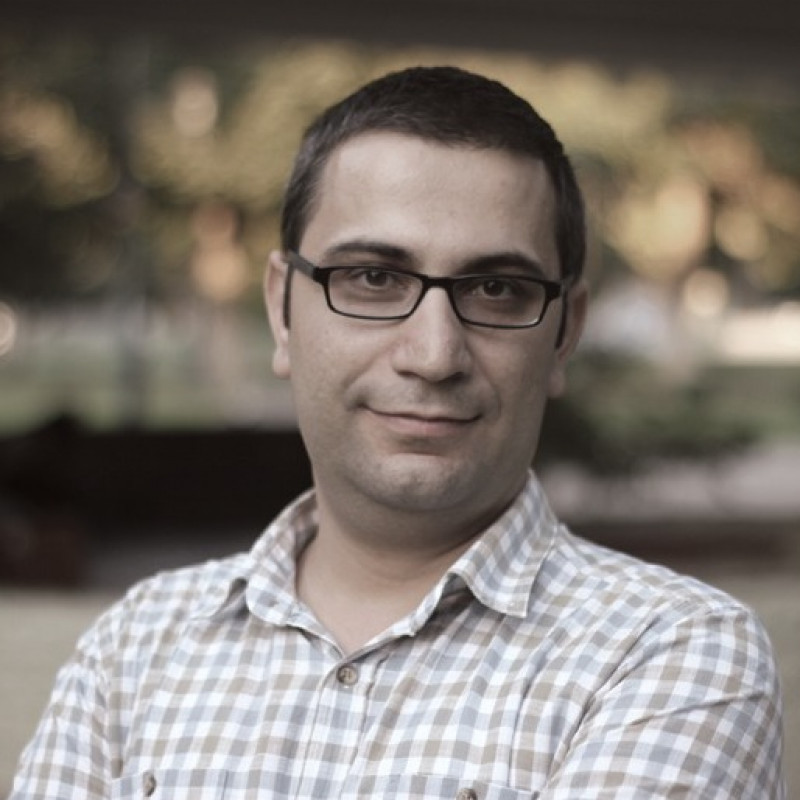 Director of NEXUS ACTION, a Sweden-based organization specializing in humanitarian diplomacy. He seeks to build links between humanitarian and development works and peacebuilding efforts in Syria. He has participated in several policy advocacy campaigns in Syria. He is the current director of the "Voices for Displaced Syrians Forum" which includes Syrian organizations and networks in neighboring countries, Europe, & Canada. 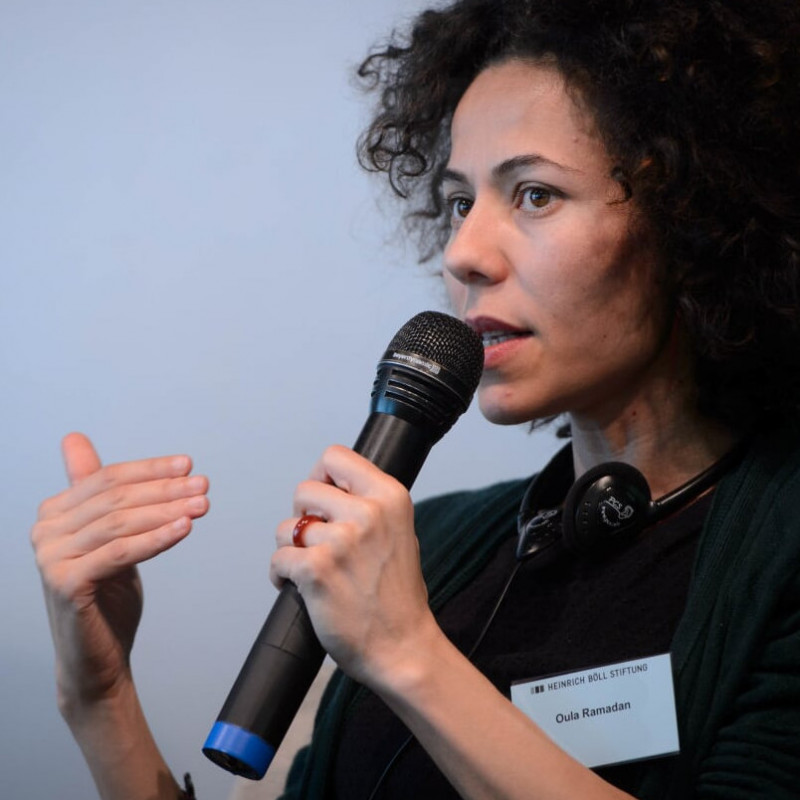 Founder and Director of Badael with over 14 years of experience in human rights, peacebuilding, and sexual and gender-based violence (SGBV). Before founding Badael, she worked for the UNHCR in Syria on responding to and preventing SGBV in refugee communities from the Middle East and North Africa (MENA) region. Oula has co-authored several research papers focusing on civil society, peace, and women’s activism. 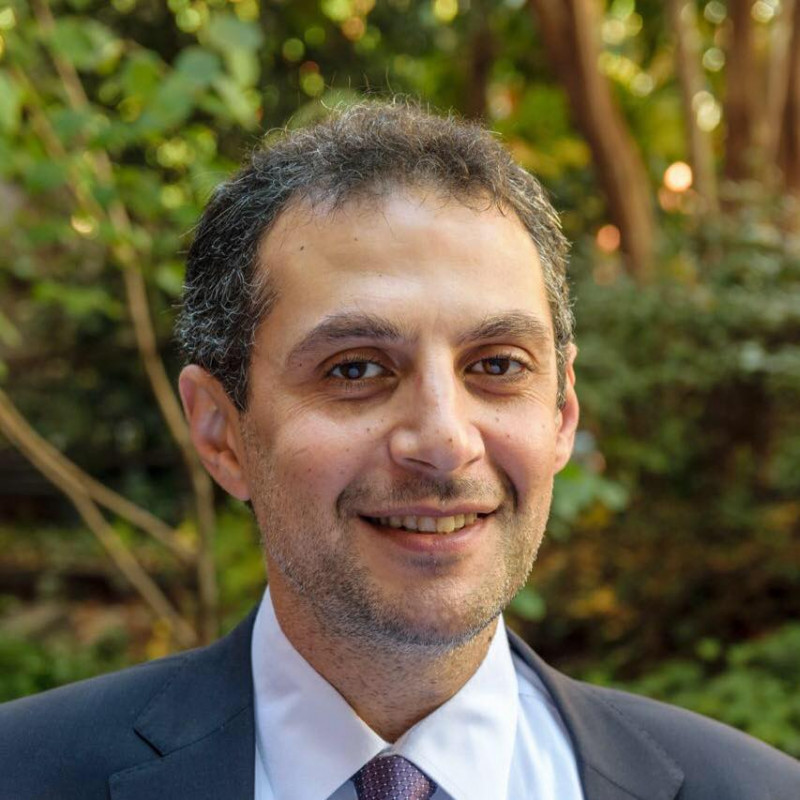 An advocacy and communications expert, his work focuses on humanitarian policies, civil society empowerment, the protection of aid workers, and defending human rights. He is a dentist who previously worked in humanitarian relief by setting up field hospitals, supporting local governance structures, and advising many NGOs. Mohamad is a research fellow in the "Syria Impact Study" at the UC Berkeley School of Public Health. 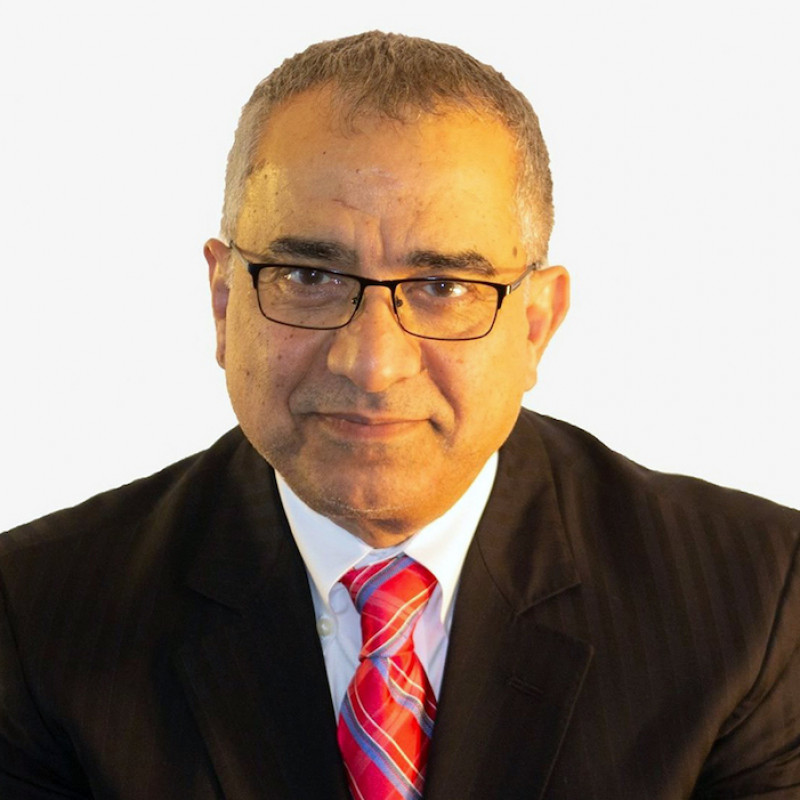 A member of the General Secretariat of the Syrian Writers Association and a member of the Syria Program Advisory Council at the Middle East Institute. He is the president and director of the Pro-Justice organization and Editor-in-Chief of The Syrian Observer. Wael has solo-authored a number of research papers; he has also co-authored a number of books in both Arabic and English, as well as a large number of studies. 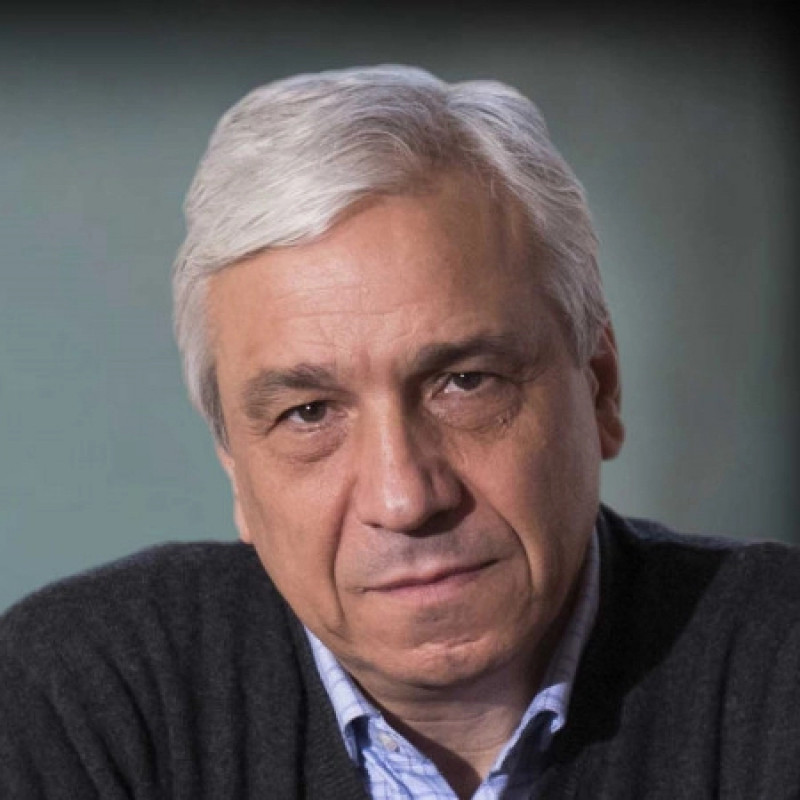 A Syrian writer and political dissident. He writes on political, social, and cultural subjects relating to Syria and the Arab world.

Observatory of Political and Economic Networks 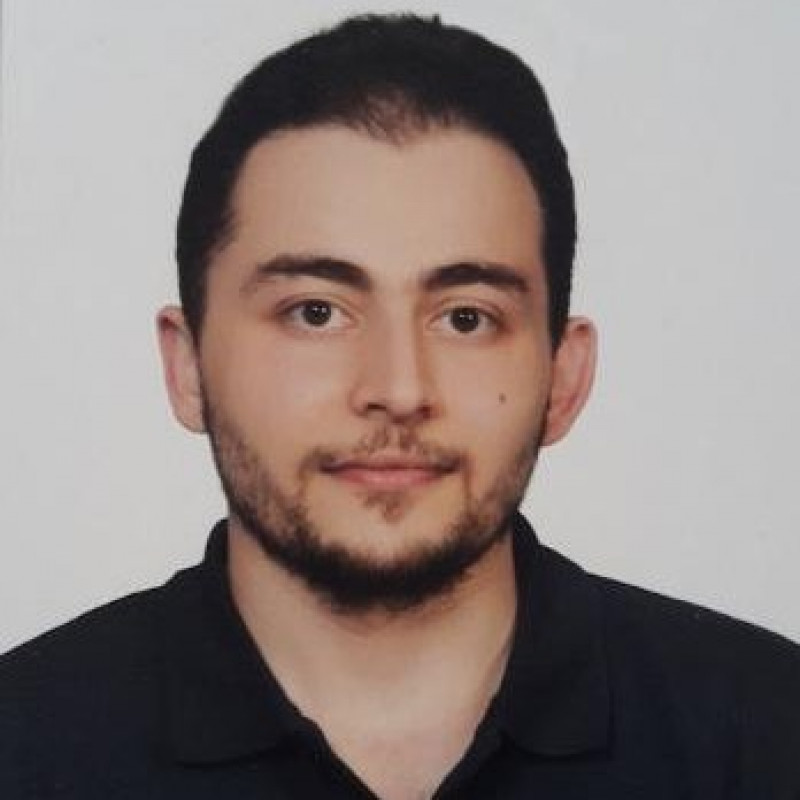 An expert in artificial intelligence and data science and a financial crimes analyst. Specialist in graph technologies and social network analysis. Wael has published various data-driven projects in the Middle East and Canada, and has published and translated many articles and books on self-organization and self-management. Interested in systems thinking, investigative journalism, and data management. 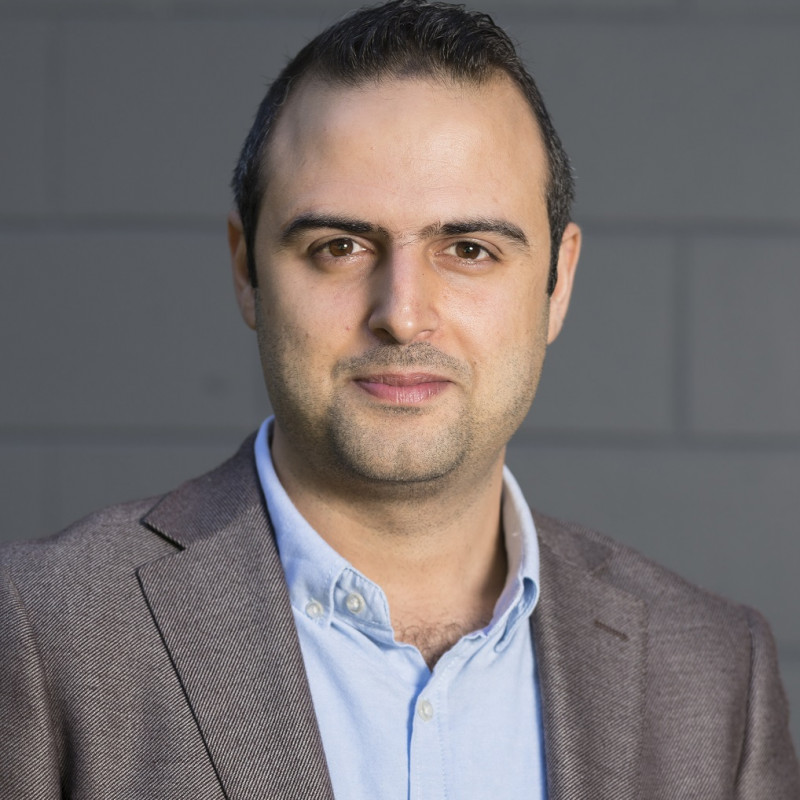 Research Director of the Operations & Policy Center (OPC) and a Non-resident Scholar at the Middle East Institute. He is interested in Syria's political economy and holds a PhD in Economics. Prior to focusing on Syria, he worked as a Senior Analyst at the New Zealand Treasury and a senior lecturer at Massey University on Middle East politics. 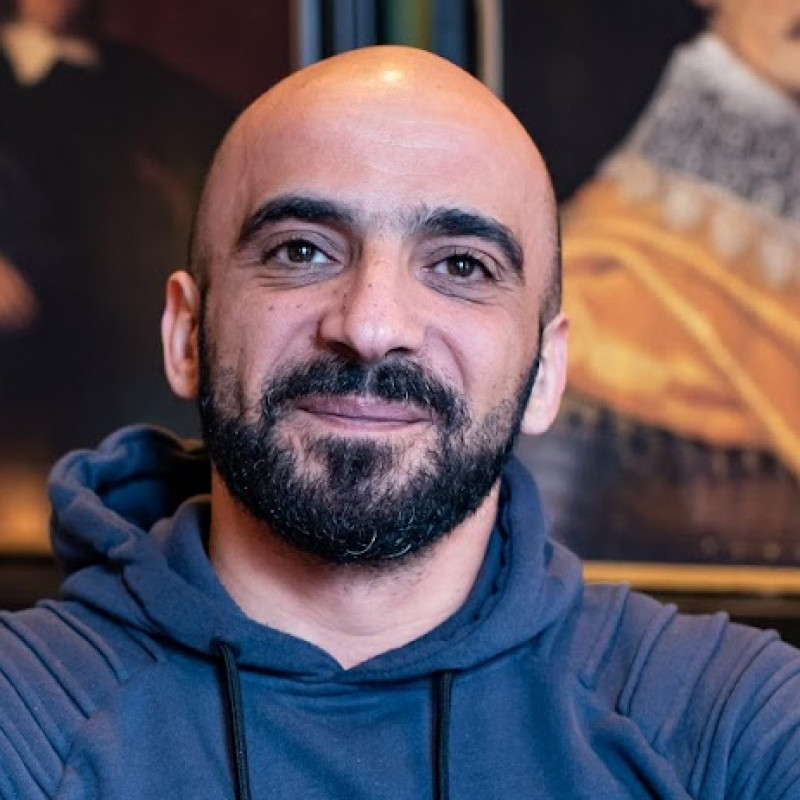 A specialist in open source investigations. Worked on several investigative reports on Syria in collaboration with Bellingcat and Utrecht University in the Netherlands. Participated in documenting violations and collecting testimonies in Syria. Specialized in audio-visual analysis and geolocation. Muhannad has participated in many international conferences on transitional justice and building post-war strategies in Syria. 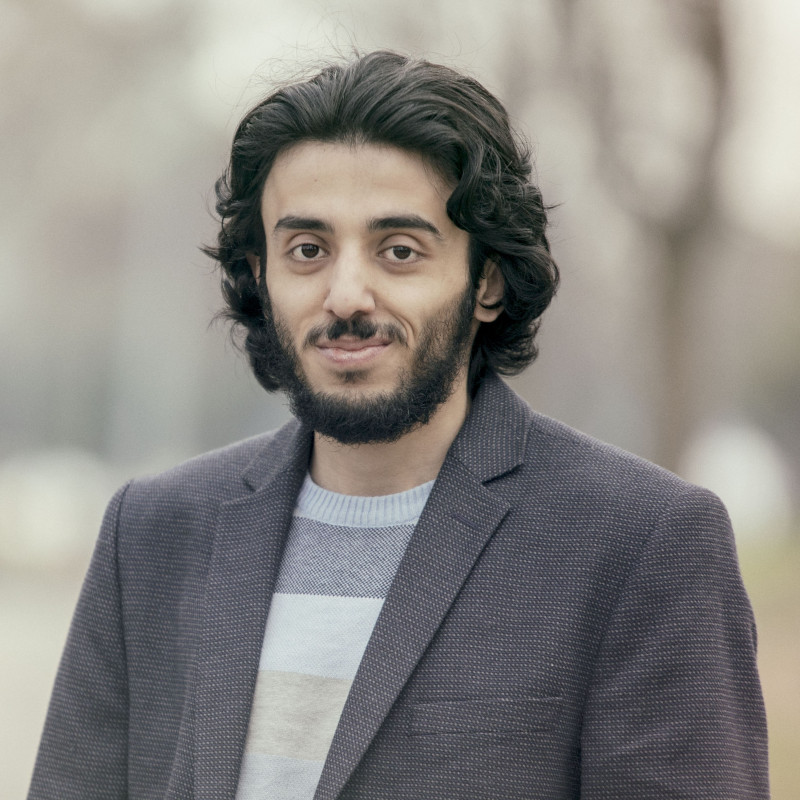 A journalist at the Al Jazeera Media Network, and a translator who has several translations published and to be published; the most important of these translations is The Logic of Violence in Civil Wars. Obaydah is interested in Syria, especially at the level of local networks. He is a Master's student in political science and international relations. 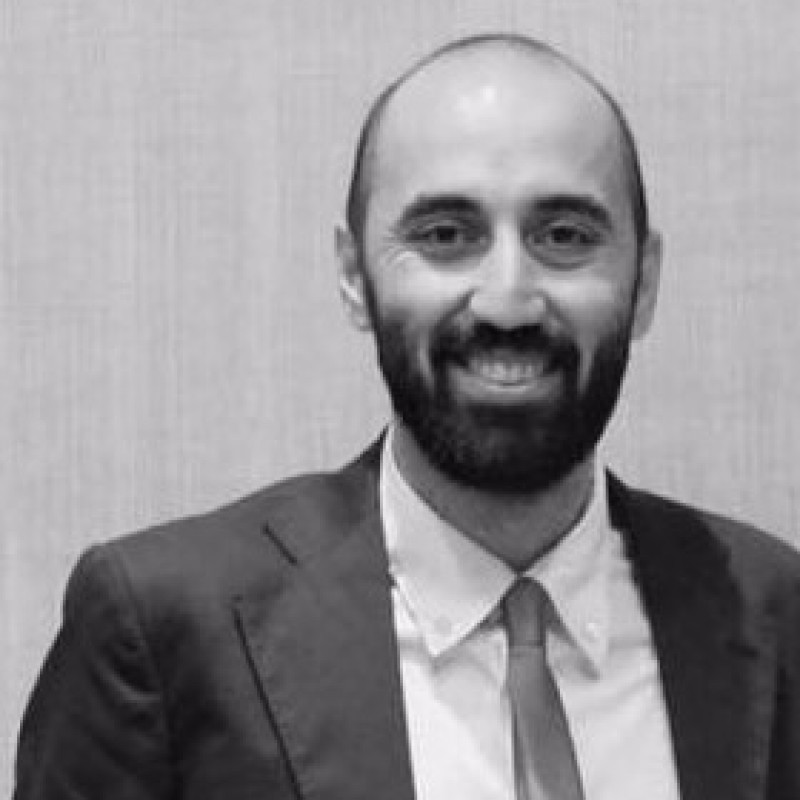 A PhD student in the International Relations department at the University of Trento, and a researcher at the Syrian Memory Foundation. He holds two master’s degrees, in Conflict and Security and in Economic Development. He is interested in development and local governance, conflicts in urban warfare, reconstruction and early recovery, and the politicization of humanitarian aid. 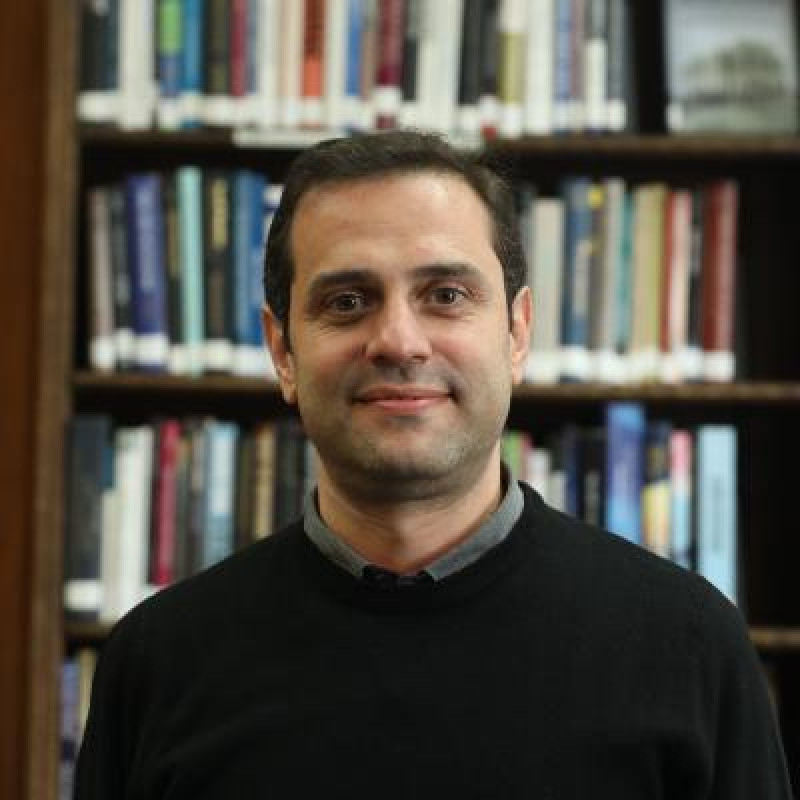 A senior consulting fellow at Chatham House, a researcher at the London School of Economics and Politics, and a co-founder of the Syrian Center for Policy Research. His work focuses on development policies. He has conducted research on the socio-economic impact of the crisis in Syria, poverty and multidimensional deprivation, and health indices in Syria during the conflict. He has an MSc in Int'l Economics - University of Essex. 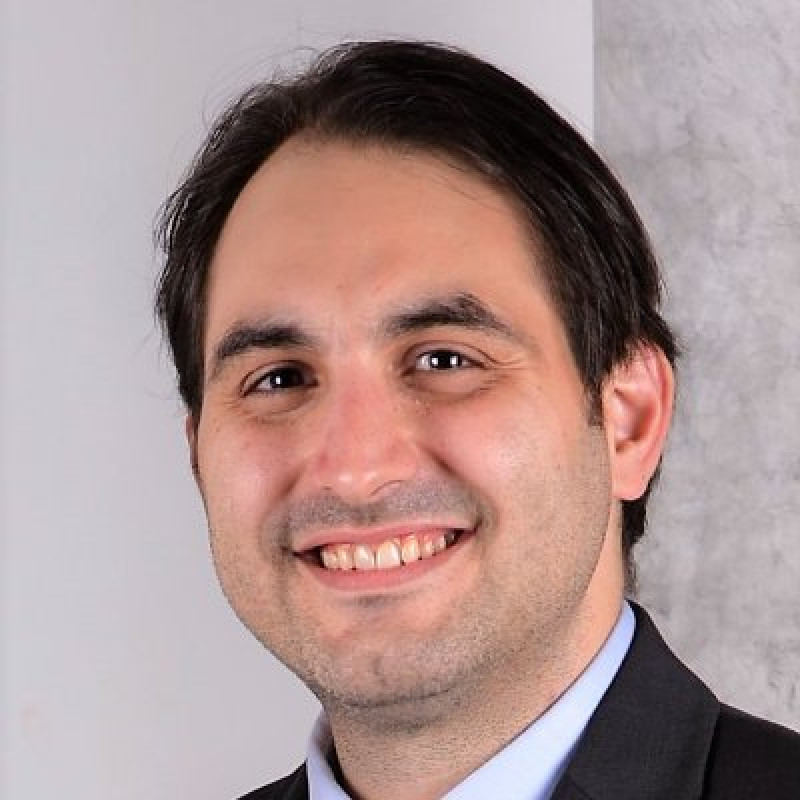 A Senior Research Fellow at Al Sharq Forum, the Omran Center for Strategic Studies, and an Associate Researcher at the European University Institute. His research is focused on political economy, governance and local councils, the Kurdish political movements, and the new regional order in the Middle East. He previously worked as the executive director of the Syrian National Coalition (SNC) media office. 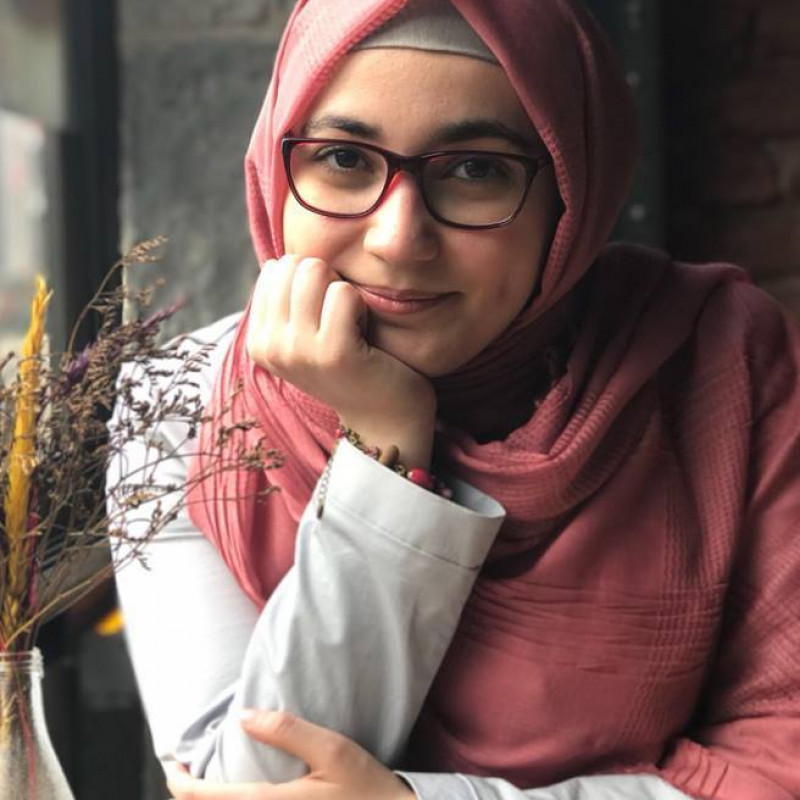 A sociology student at Marmara University in Istanbul, a writer and researcher specializing in religious affairs. In cooperation with several prominent institutions, Laila has written several research papers on the history of religion in Syria and its changes after the revolution. Her works focus on the networks of religious actors by identifying the interrelationships between them and the official institutions and society. 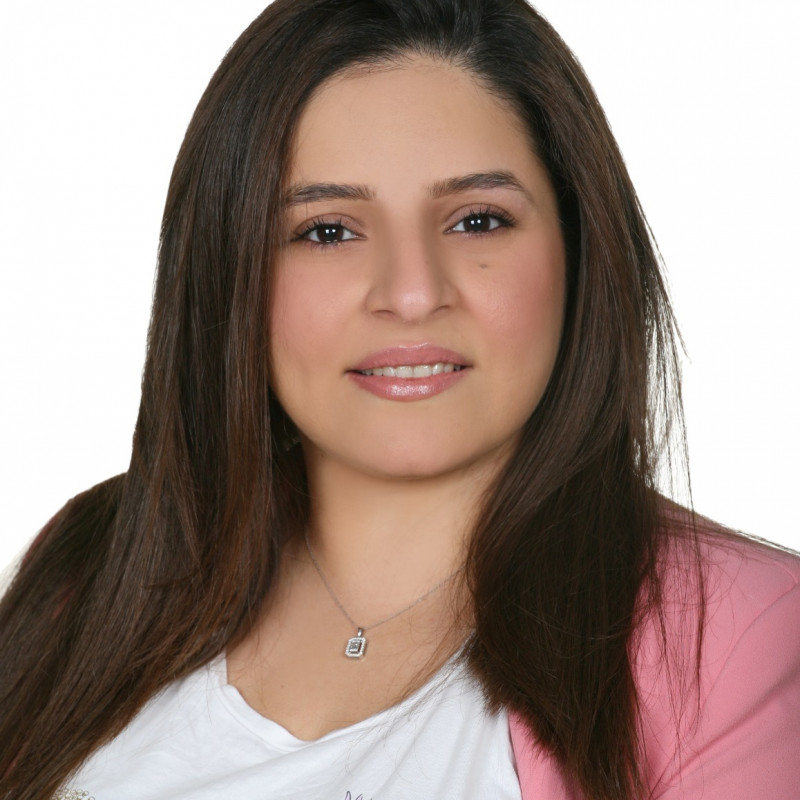 A Syrian feminist from the city of Dara’a interested in women's issues and rights. She focuses on the economic, political, military, and security networks of the Syrian regime. She graduated from the Faculty of Economics, Department of Banking and Finance at Aleppo University, and holds a Mini MBA from Aydin University in Istanbul. 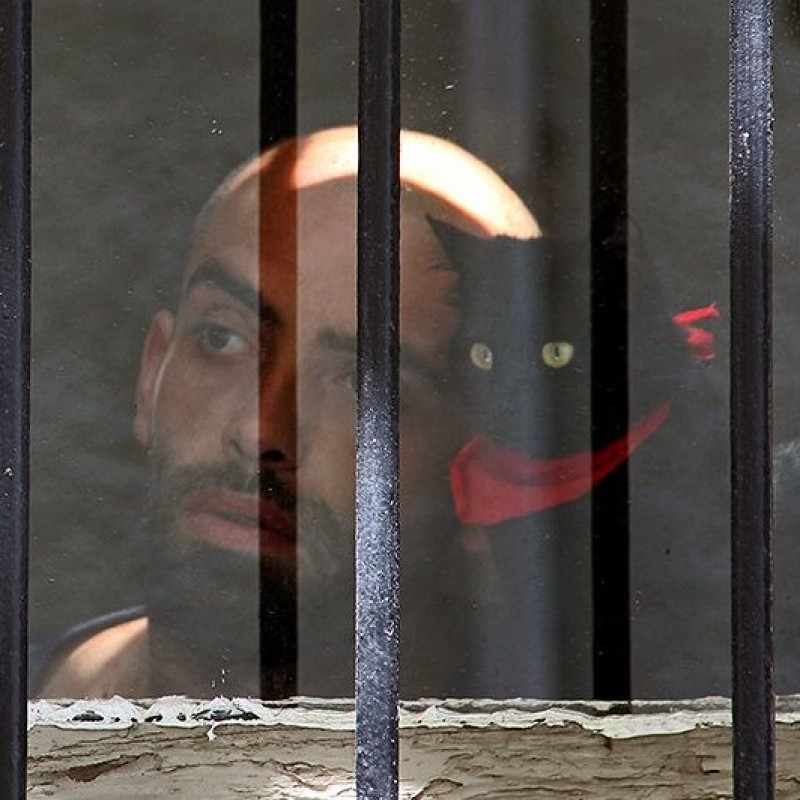 A Syrian journalist and podcast producer. He is a trainer specializing in broadcast journalism and service journalism.

Observatory of Political and Economic Networks 2022 © All rights reserved